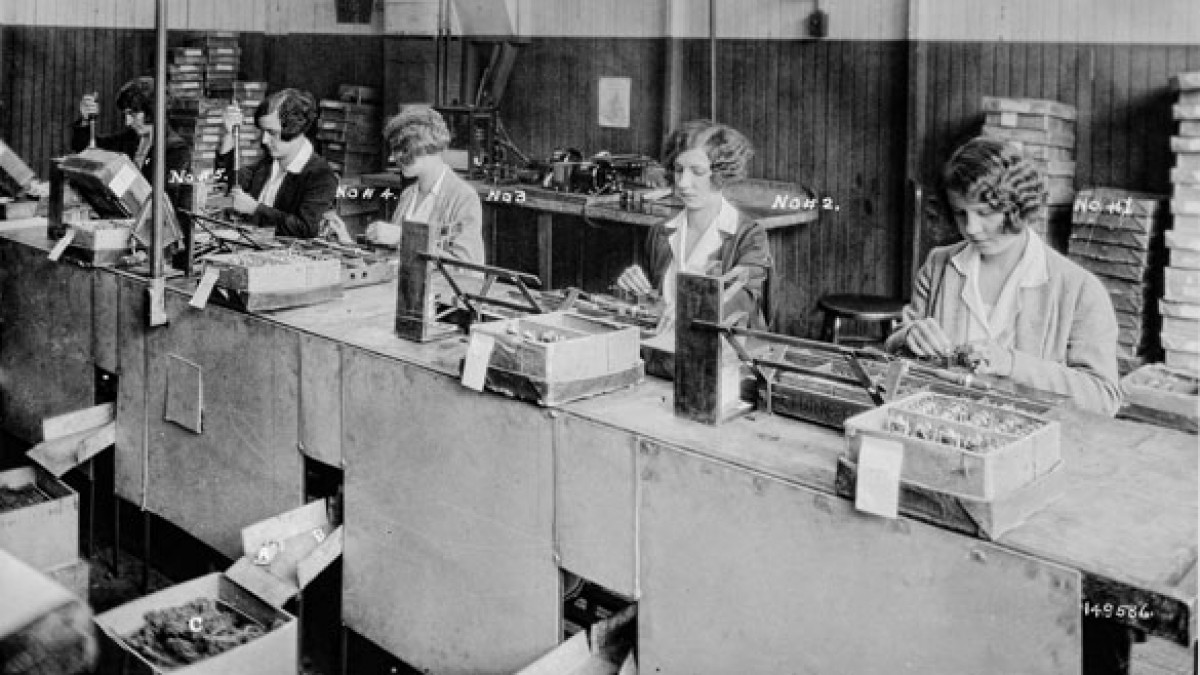 The Hawthorne studies have been a frequent source of misinterpretation over the years.

From both my clients and in a number of other publications there have been references to the so called “Hawthorne Effect” in the past few months. The Hawthorne studies have been a frequent source of misinterpretation over the years. It happens that they also have significant implications for the implementation of lean practices in organizations.

Understanding the research can help one develop a system that is sustainable and not merely a short term boost in performance.

As you may know, the Hawthorne studies were conducted in 1924 by a team led by Elton Mayo at the Western Electric Cicero, Illinois plant. These studies are credit with beginning the entire field of industrial or organizational psychology. As might be expected, the research methodologies at the beginning of any field of study are not particularly refined and may lead to erroneous interpretations of the data. The most significant modern investigation of the Hawthorne studies was conducted by H.M. Parsons and published in Science Magazine (1974) in which he went back and re-examined all the data from Hawthorne and even interviewed some of the participants.

The general interpretation, and I will say myth of the Hawthorne Effect is that if you make almost any change (in this case it was changing the lighting in the plant) it will produce a positive effect, a so-called novelty effect, which is likely to be temporary. However, the more recent re-study of the data and the conditions of the experiment revealed that in some cases performance improved, in some it stayed the same, and in some it became worse. In those cases in which performance improved, more was happening besides changing the lighting. The workers in the rooms in which performance improved were made aware of feedback on their performance, and in some cases received positive reinforcement for improvements in performance. In other words, if all conditions had been held constant, and if there was no feedback to workers, there is no evidence that merely changing the lighting would have had any effect.

The idea that “being studied” improves performance is true when “being studied” involves workers being given attention that they did not previously receive (feedback and reinforcement) and when they can see the output measures of their performance and observe their performance improving. That is what the Hawthorne studies really demonstrated. There have been hundreds of research experiments since that have demonstrated the exact same thing. In fact, nothing in organizational behavior has been more studied then the effect of feedback on human performance.

Elton Mayo who led the research team at Hawthorne

It is also worth noting that Elton Mayo, who conducted the studies, also attributed some of the effect to the fact that workers felt better about themselves because the researchers were demonstrating caring, interest, etc., toward them. If you can imagine the conditions on an assembly line in 1924, it is not hard to understand that workers craved any caring attention and would respond positively to that demonstration by the researchers. Is this a novelty effect? In reality, students in a classroom, children at home, and workers in almost any environment respond positively to interest in their performance demonstrated by their parents, teachers or supervisors. This is a form of positive reinforcement. This again has been demonstrated in hundreds of research projects after Hawthorne.

Pay for Performance Does Matter

All of the workers at the Hawthorne plant were on a pay for performance, piece rate system. However, it was well documented that the workers managed upward, controlled the pace of work because they had learned that if some groups increased their rate management would increase the requirements for piece rate. In fact, the workers were self-organizing and working as a large team.

Because it wasn’t what the researchers were looking for, they didn’t report on the effect of both a change in the piece rate and a change in the team dynamics that allowed a small team to manage their own behavior to maximize their compensation. Here Parsons, who carefully examined the data and interviewed the workers, describes what happened In the Relay Assembly Test Room experiment:

“Two other extraneous variables particularly affected production rates. One was an alteration in the group piecework procedures for paying the workers; its base was changed in period 3 (when performance improved) from the output of an entire large department to that of their little five person group, making their earnings more contingent on individual performance. Though the investigators acknowledged that this change might have induced the women to work faster (and thus confounded the results), they attempted to discount that likelihood. Thereby they incurred later criticism from some of the few analysts who paid attention to this variable.

“The experiment’s major dependent variable was productivity as evidenced in output rates. When the five operators moved to the test room after period 1, they were seated together with a chute beside each person’s work area. When one of them assembled a relay she dropped it down her chute, in which a hinged flap then activated a microswitch that sent a pulse to a counter. Every half hour a sixth employee tabulated cumulatively the totals of the five counters on a table behind the operators, and daily total were posted. The operators could and did examine those individual totals, during and between days, but the investigators never regarded that behavior as significant or even worth pointing out in their accounts… This information (discriminative feedback) was the second major extraneous variable that, coupled with the first, the money reinforcement, turned this study into an Organizational Behavior Management experiment. It also explained the Hawthorne effect, anchoring it to a particular experimental procedure.” (H. M. Parsons, Hawthorne: An Early OBM Experiment; Pay for Performance: History, Controversy, and Evidence; Journal of Organizational Behavior Management, Volume 12, No.1; The Haworth Press, 1992.)

So, an alternative explanation for the improvement in performance in the Relay Assembly Test Room was that the workers were reformed into a small team; those workers could visually see and discuss the results of their work; they were freed from larger group pressure to hold down production; and they felt in control of their results as a small team. This is a powerful combination of motivating forces.

An interesting side note on the Hawthorne Studies is that W. Edwards Deming, when a young man, was employed as an hourly worker in the Hawthorne plant at exactly the same time the studies were being conducted. Many of Deming’s views about workers in manufacturing plants are related to the conditions and treatment of workers in that plant. Needless to say, those conditions were not positive. Deming experienced the “normal” piece rate system at Hawthorne and became an extremely strong advocate of eliminating all financial incentives. However, Deming did not have the data. Deming had not studied the effect of these experiments, nor dozens of experiments that have been conducted since that time that demonstrate that money can motivate. However, as can be seen in the above experiment, it is never simply money. It is how money is employed along with the ability to control performance, empowerment, and the social system of teamwork.

What does all this say about sustaining and improving performance at sites that have gone through a lean implementation? The changes in performance are not the result of novelty or being studied, as the general view of the Hawthorne Effect might suggest. Rather they are most likely the result of 1) the technical system changes that enable better performance, and 2) the improvement in motivation that results from small group ownership, feedback and reinforcement.