Tesla and the House of Lean 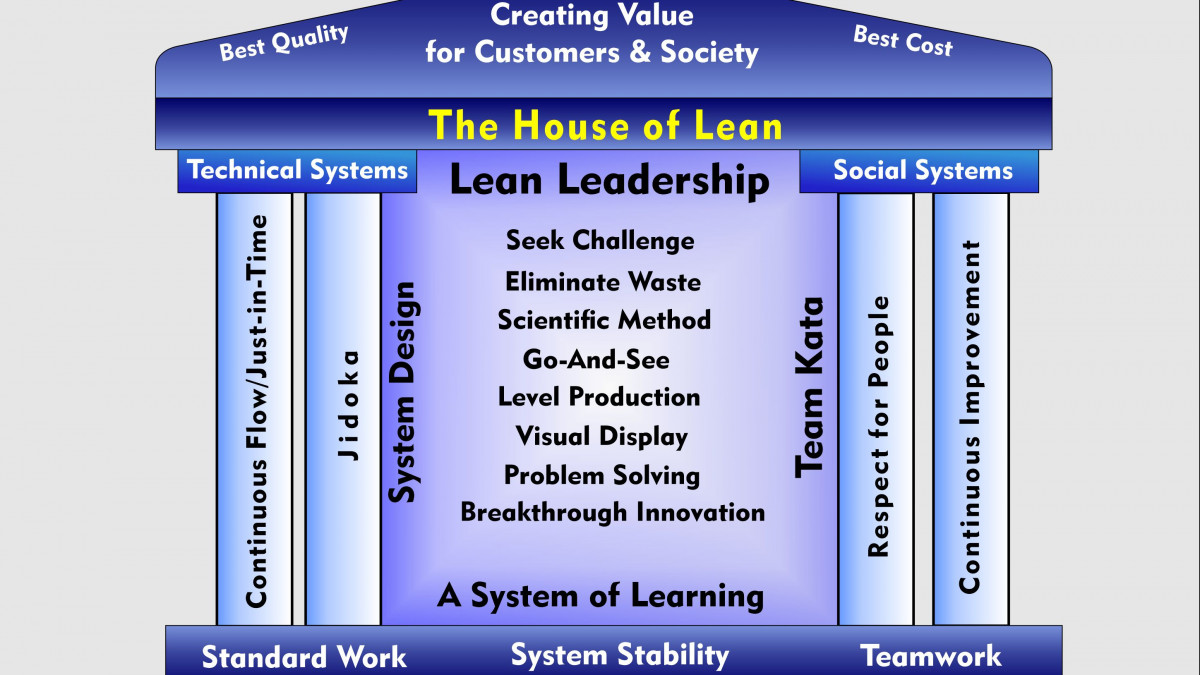 Elon Musk had a vision of a highly automated factory, dominated by robots and artificial intelligence, reducing to near zero the human factor. He believed that his vision of the factory wpuld be his competitive advantage. Musk took over the manufacturing plant that had been NUMMI, the joint venture between GM and Toyota and was the great experiment in taking an older unionized workforce and transforming them into the most productive auto assembly plant in the United States. It proved the application of lean manufacturing in the United States and that it was not dependent on a Japanese workforce or a workforce that was indoctrinated in a greenfield operation. But, Musk has essentially tossed aside the lessons of NUMMI in his belief that he has a superior idea. He recently said…

I am, of course, biased. Virtually all of my consulting and training, particularly my new Lean Leadership and Lean Culture course, are all about the human side of lean management which is entirely derived from the lessons of Toyota. My “House of Lean” is designed to reflect the belief that successful organizations are about equal parts technical systems and social systems. The core lean principles of Respect for People and Continuous Improvement are all about people, the social system. If Elon Musk is right about his future factory, the significance of the people side will be minimalized. I doubt it, and so far, the stumbling of his manufacturing facility is not supporting his hypothesis.

“The tools required to run a great factory aren’t merely math and engineering, but psychology and sociology. Social psychology and neuroscience. Organizational development and system dynamics – with “system” referring to not only the technical side, which Elon and team will figure out, but also the much more complex social side. The social side is difficult in its own right – add the technical complexity of orchestrating the operational execution and timing involved in gathering and assembly thousands of parts that arrive at exactly the right place at the right time in perfect (down to the minute) precision for thousands of humans to choreograph themselves to the precise (down to the second) rhythm and you’ve got a social-technical challenge of epic proportions.”

Jeffrey Liker, author of the Toyota Way and other essential books on lean recently wrote…

“In my view Elon Musk has adopted an untenable mechanistic philosophy that will need to change if Tesla is to be successful as a mass producer of vehicles, no matter how well designed.  He will need to discover basic values that underlie operational excellence like developing people, building culture, continuous improvement, visual management, and work teams owning their processes.  In short, he will need to learn about, perhaps the hard way, lean management. Sitting back and counting your money while marveling at digital systems humming along sounds like a dream vision, but it is not reality.  Mass production is hard work.”

It should be remembered that Roger Smith at General Motors invested billions of dollars in the dream of a highly automated plant and it resulted in failure. Until Musk or someone else demonstrates the viability of super automated plants, the people skills, the knowledge of lean management, team leadership, problem-solving, and continuous improvement, will remain the proven basis for success.